As a young lad growing up I had hero’s that were not footballers or F1 drivers but mountain bikers. The most successful of which was Tim Gould. I followed all his races and loved all the bike he rode and generally hero worshiped at length. So hen i got into building bikes top of my list was to make a replica of his 1988 and 1990 bikes. 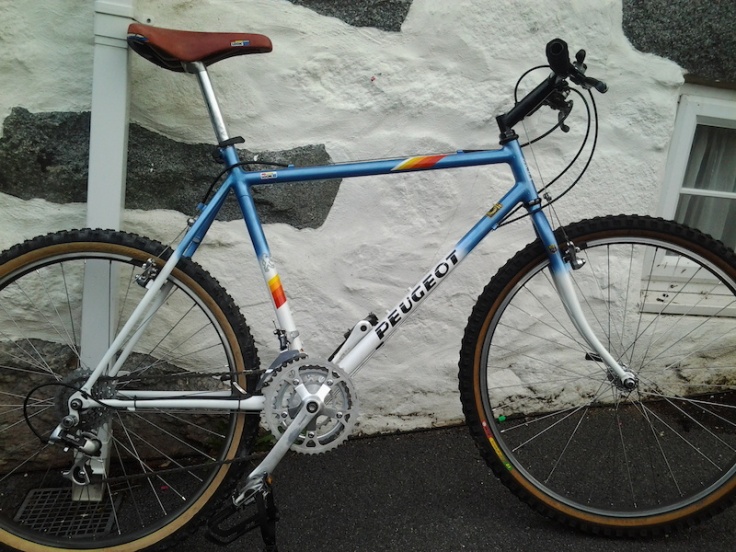 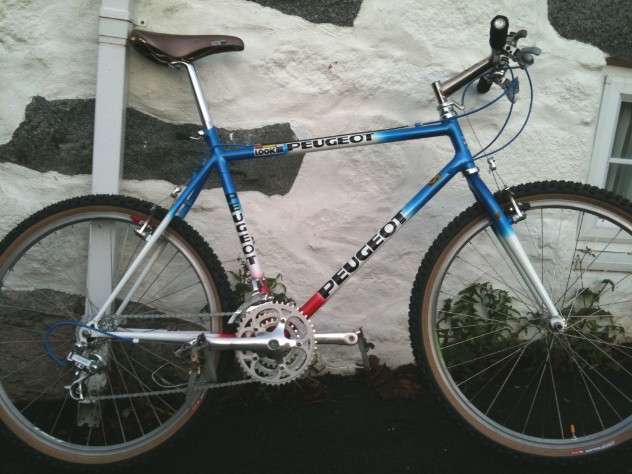 These were great bike I loved building and painting them. However I was following the Retro bike thread on a bike that DoctorBond Had unearthed a real life survivor! 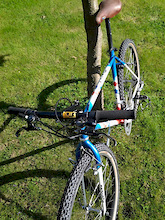 “The parts and serial number – 89511 – seem to back up the expert opinion on here, that it is a 1989 bike, probably raced during 1990. The frame and fork are fillet brazed Reynolds 753, and like the other team Peugeot frames of the era, were crafted by Chas Roberts: White Spiders.

This one’s built with predominently XT components: biopace rings and Mavic M4 rims; a specialized bar, T bone-style stem and tioga pedals; Shimano 600 headset, and a San Marco saddle with Look badges in the signature brown leather of the day.“

If my other info is correct, Malvern was on 6th Aug 1989, which is a good marker for the bike being Campag equipped.